Saitama has Hyakkannon. It is a miracle that there is a hot spring with rich ingredients and abundant hot water just 4 minutes on foot from the station.

The temperature is adjusted using a heat exchanger without adding water so as not to dilute the source. Furthermore, it is blessed with an abundant amount of hot water, so Flowing is possible in all bathtubs. One of the best hot spring facility in Saitama Pref. that you can enjoy the good quality of the spring.

The open-air bath is spacious and divided into two areas. If you enter various kinds of bathtubs (lying-down bath, high-concentration carbonated bath, sauna and so on), you will forget time passes.

Very close to the station and access is so good. It is also near Washinomiya Shrine where the sacred place for "Lucky☆Star" fans and anime fans. 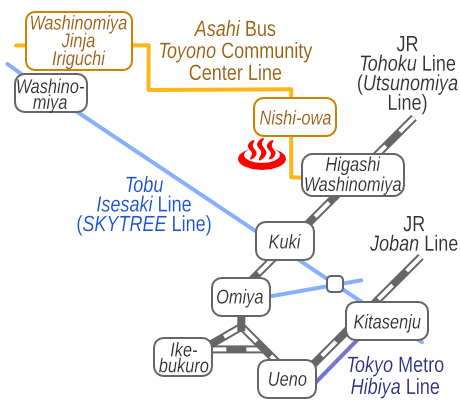 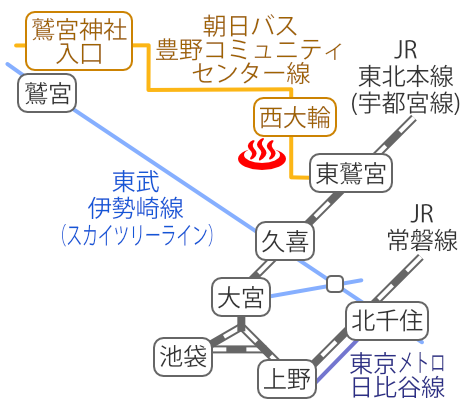 How to get to Hyakkannon-onsen

This time, Nishi-san and Kita-san are visiting "Hyakkannon-onsen" which is one of the most popular hot springs in Saitama Prefecture. Actually, This facility is close to Nishi-san's parents' house, and it is a familiar hot spring for him from a long time ago. However, this is the first visit since the renewal in 2014. In the eyes of Nishi-san, who knows the previous situation well, how does Hyakkannon-onsen after the renewal look ... 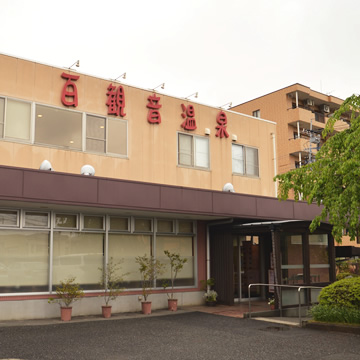 It's been a long time, Hyakkannon-onsen! Yes, it's such a building.

You said it was a renewal. Is there anything that changed?

No ... the exterior hasn't changed ... but it must have been renewed inside. Perhaps it's changed a lot!

They entered. At the reception, go to the left and you will find the entrance to the bathing room and the restaurant opposite. 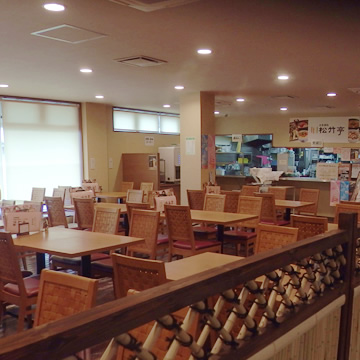 How? Has it something changed?

Yeah, something a bit, how should I say, it looks fancy ... I think ... this restaurant is.

Fancy? Is this? It's not much different from an ordinary school cafeteria, you know.

Yes, it's fancy, according to Saitama Standards. And before, it was more dull-looking.

But, surely, the bath should have changed beautiful! Definitely!

♨ Hyakkannon-onsen was renewed from March to April 2014. 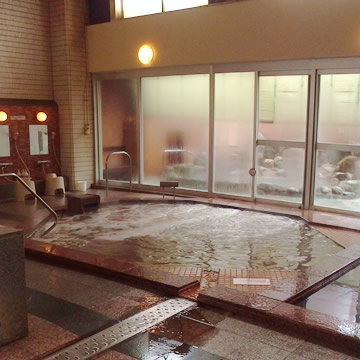 Um, I don't think the bathtub has changed. I mean, nothing else has changed ...

They enter the bathtub for the time being.

Oh yeah, that's this water, after all, Hyakkannon-onsen is. Try to lick a bit of water.

It's a strong salt spring, and the ingredients are very thick. I guess it's powerful. This water hasn't changed.

This water hasn't changed either, you know.

Hmm ... no ... yes, the open-air bath should have been reborn as a renewal! Definitely!

Then, let's go to an open-air bath.

They go to the outdoor.

♨ In Amidanoyu and Bosatsunoyu, men's baths and women's baths change every two weeks on Saturdays. 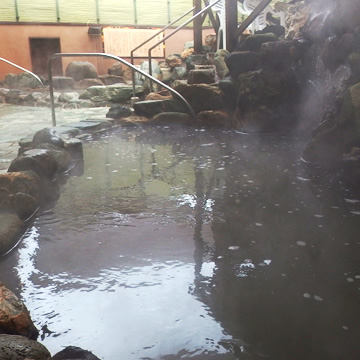 Oh, a rock bathtub. It's pretty good. But is there something that has changed?

It hasn't changed at all ... As well as before, the hotter water is on top, and flowing down from there. 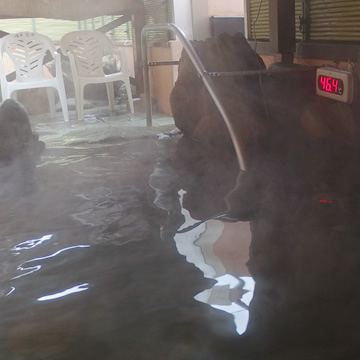 Haha, you have to get more training.

Kita-san, who is not good at hotter water, goes back and forth between the rock bath and carbonated bath below. Nishi-san looks down from the hotter water bath. 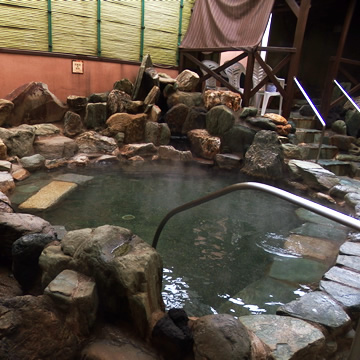 Hasn't that changed either?

Yes, it has changed, but it's smaller than before. It used to be a big bathtub, but now, what's this ... Ah, half of it has become the lying-down baths.

Hmm, I don't really like lying-down baths ... You don't need to make the bathtub smaller to make it like that.

They get into the open-air bath.

But it's unusual to renovate and make the bath smaller, isn't it? Usually don't make it bigger?

Well, the bigger one can attract the customers. But it often requires a circulation system or adding water. Even if smaller, it would be much better to keep non-circulation and no adding water.

That's what it is. Actually, Hyakkannon-onsen is the representative hot spring in Saitama. I wish it not to change forever.

You're right. And, if it changes to fancy, you will not be able to say the representative of Saitama.

Don't worry! It hasn't changed much since the renewal, so it won't change in the future, you know!

Nishi-san and Kita-san decided to come back someday relaxing in the bath at Hyakkannon-onsen, and to see how changed Bosatsunoyu.

Thick and abundant hot spring water can be enjoyed. It's a strongest one of the day-bathing onsen in Saitama Pref.

There are various bathtubs, and the open-air bath is large. The hot water is unique and you can easily feel the hot spring. 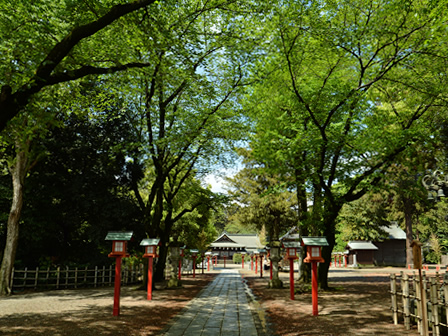 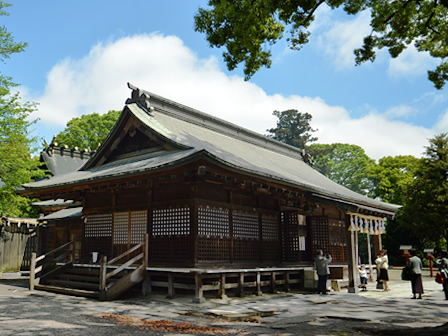 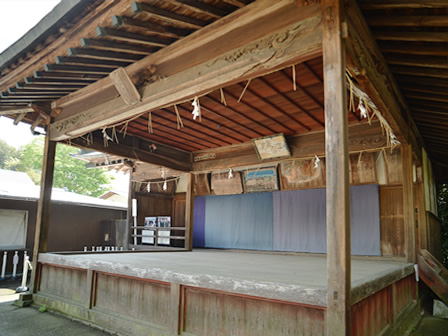 (Photo above: Approach,
middle: Worship hall (back is the Main hall),
below: Kagura hall (Kagura stage))

Nowadays, Washinomiya Shrine is famous as a sacred place for "Lucky☆Star" fans or anime fans. So, common people other than nerds may think to be ordinary shrine with no features.

However, it feels full of cool energy, and it's pretty good. It is one of the oldest and most prestigious shrines in Kanto region, so it is sometimes said to be "Sacred Power Spot".

The shrine has a lot of shrine halls and there is also a stage for Kagura. (Kagura is songs and dances performed to dedicate to God.) Washinomiya Town is said to be a "Town of Kagura", and the source of Kanto Kagura, leaving an old style.

Even if you are not interested in kagura or anime, it is recommended that you visit this shrine because it has a good atmosphere.